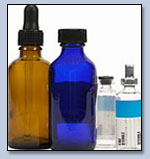 While the FDA may be fighting against claims about the benefits of Colloidal Silver, its history would hold promise (with adequate study) in a world where West Nile Virus, SARS and antibiotic-resistant Superbugs (VREs) continue to evolve.

Studies have shown that high-quality Colloidal Silver products combat up to 650 types of virus and bacteria if used at periodic therapeutic doses to build resistance. By comparison, most major antibiotics fight against 10 types of bacteria, kill “good” flora in the process, and prompt the evolution of drug-resistant strains of disease.

Colloidal silver was widely used until 1938 as a general anti-viral, anti-fungal and antibiotic treatment because it disables the enzyme that one-celled organisms require for oxygen metabolism. It is believed to be safe for human consumption at appropriate levels (5 ppm), but was historically expensive to produce. The product was set aside in the wake of pharmaceutical research that sought faster-working and more financially lucrative solutions. As a result, it can only be promoted according to FDA guidelines in accordance with its original prescribed use in 1938.

Research conducted in 1978 concluded that Colloidal Silver was the “mightiest germ fighter” available and that, unlike antibiotics, resistant strains of disease don’t appear to develop in response to its use. It’s fair to say further research may be in order.